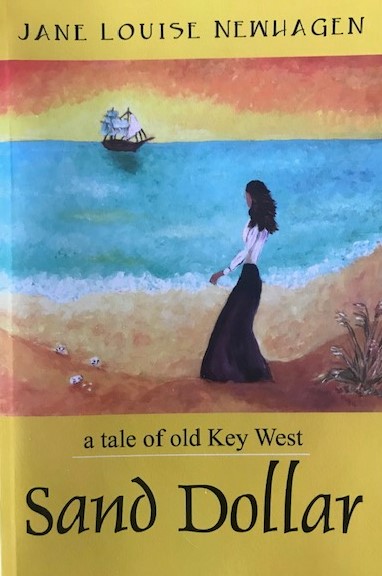 I’m the author of the Tales of Old Key West: Sand Dollar, Pieces of Eight, and Chambered Nautilus. They’re historical novels based on a house brought over from Green Turtle Cay in 1847 and the family that lived there. I was inspired to write the stories when I lived in the same house and served as the archivist of the Key West, Florida cemetery where they are buried. Here’s what Wally Lamb (She’s Come Undone) said about Chambered Nautilus:

“Lovers of the charms of modern Key West will find Jane Newhagen’s Chambered Nautilus: a tale of Old Key West a fascinating read. Newhagen’s carefully researched novel fuses a story about a symatheticc, humanly flawed heroine with rich period detail about the beloved island’s nineteenth centure past. Stories that educate as they entertain are treasures. Chambered Nautilus is one.”

I also write short stories. Several of them have won awards from the Key West Writers Guild and have been published there and elsewhere. My stories draw on my experiences in Key West, the Washington, D.C. area where I now live, and Paris, France, where I lived for many years.

After nearly two decades, I moved from Key West and I often look back with great nostalgia–but without regrets for having gotten out of hurricane alley.

Buy my books on amazon.com and watch this space for news on coming publications!